Close friend of System 3 and racing collaborator Bruno Senna has secured a 2012 racing seat for the Williams F1 team!

The nephew of the late racing legend Ayrton Senna was
recently announced as the replacement for F1 veteran Rubens Barrichello and will join a completely revamped racing team for this year’s exciting season.

System 3 have a long history of working with and supporting Bruno and the company are ecstatically happy and proud of his massive achievement. Our close working relationship involved sponsoring his drive in the Ferrari Challenge series of 2007. Ferrari and Mattel liked the design of the car so much that they agreed to make bespoke die-cast models based on the System 3 design.

Shortly after this Bruno began worked on the handling and general feel of every car in the critically acclaimed Ferrari Challenge Trofeo Pirelli (The Official Game From System 3). His involvement was instrumental in getting the cars feeling ‘just right’ and is part of the reason why the game is still regarded, to this day, as the most accurate console racing simulation.

He also joined the company and a group of select journalists as System 3 showed everyone just how close the game was to the real thing by getting Bruno to drive guests around the Mugello circuit in a 430 Challenge car!

EYES TO THE RIGHT: Bruno attended System 3’s Mugello trip in order to meet journalists and show them how a real racing car handles around this awesome track! 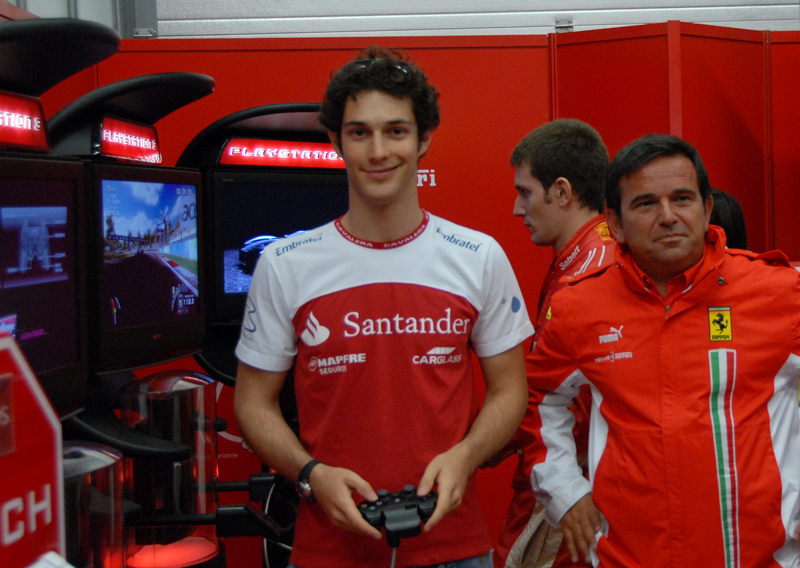 GAMER: Bruno loves his games. This, combined with his invaluable knowledge of racing cars, is what helped to make Ferrari Challenge Trofeo Pirelli (The Official Game From System 3) such a great simulation.

A young and extremely talented racing driver, Bruno Senna was thrust into F1 in 2010 with the fledgling Hispania F1 team after a phenomenal few years in GP2. Late on in the 2011 season he replaced Nick Heidfeld at Team Renault and impressed team bosses at Williams so much that he was soon brought on board with a new technical director, chief aerodynamicist and chief engineer.

System 3 would like to wish Bruno all the best in his 2012 F1 season. We’ll all be screaming encouragement from the pits and our lounge sofas! 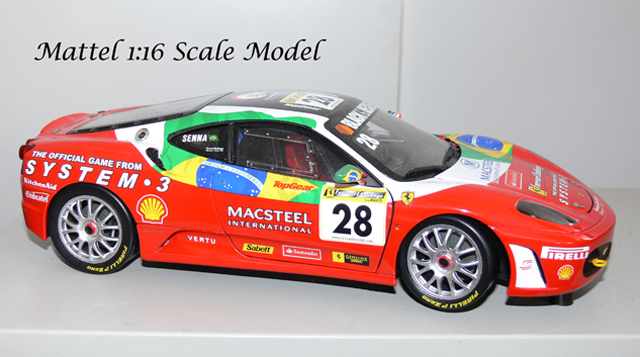 GREAT ROLL MODEL: Ferrari and Mattel loved the System 3 car livery design so much that they agreed to make a bespoke line of die-cast car models!